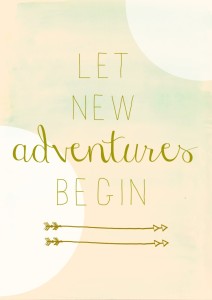 It’s not easy. It’s not simple. But whatever it is that you want to do, have, or be, the first step is to begin. And then every day after that you begin again.

That’s how starting and maintaining a blog feels. Every day starting anew. And a book is the same only with a higher concentration of beginner’s jitters with the finish line so far off.
Blogging is like making instant tea. In a few minutes, you can drink it; find out if it’s too weak, too strong, too sweet, or just right. A book is drawn out and solitary work. In the thick of it, you’re writing for an audience of one. You are the critic, the reader, the editor.

Of course, I had an editor and a co-writer, but in those creative moments it was often me and pen and paper; or me at the computer watching the cursor blink at me like a scared fawn that doesn’t know whether to run or fight so it freezes; eyes blinking. Sometimes it was me hitting delete over and over again or throwing page after page into the trash.

Each day, though, you begin again because you have made a commitment to others, to yourself, to your own personal evolution.

Lowi and I have been hanging out in that place just outside our comfort zone for more than a year and I can’t say it’s gotten any homier but I am getting used to it.

However, telling the world that they can now buy our book left me feeling quite vulnerable on Thursday morning. Our book is full of essays that encapsulate little moments of our lives. Some of them were pivotal, others a little pathetic, and even more were comical. All of them, however, are personal; some painfully so.

There are a few essays that every time we had to proof them I viscerally cringed because they still hold a charge for me. And the same was true for Lowi although it wasn’t always the same vignettes that pushed at the vulnerable places. 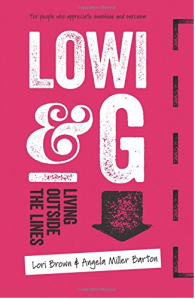 With a deep breath and half-shielded eyes, we have launched into the public phase of this process and I am sure moments of it will be great and others may hurt a little. But that’s the human experience, isn’t it?

And even with that, each day we begin again.