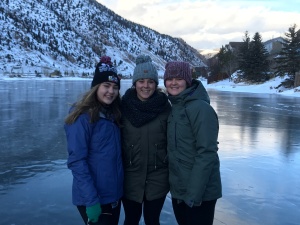 I have spent 20+ years learning how to be a parent.  I feel like I have gotten the hang of it and while I probably won’t be writing any books on the subject, I would say I have done a decent job. Let’s face it, none of us know what we are doing when we start out with that little bundle of joy, but thankfully they just need the basics in the beginning which can be a stretch for us if we are honest with ourselves. Just feeding, changing and getting them to sleep is exhausting.
The thing is that while I feel like I have received my PhD in the subject it would seem that the material has changed. I no longer have all of the answers or at least I can’t pretend that I do anymore.  I often tell people I want to go back to car seats because parenting adult children is HARD.  Probably because they aren’t supposed to be parented at this point, but what is a mom supposed to do when they call with their problems? Say, I’m sorry and ask them what they are going to do about it?  YES.  That is precisely what we are supposed to do.  My oldest has been out of the house for well over 4 years and my middle one for 2 1/2 years and I am just now figuring out that I am not required nor am I supposed to even consider solving their problems.
Now if I am honest with myself they never really ask me to solve their problems.  They tell me what is going on and sometimes they even say, “I don’t need you to solve this.  I am just venting.”  I am not quite sure how it happens, but I hear them say that they don’t need me and then it strangely translates into something like, “mom, please help me figure this out!”  I know it sounds ridiculous, but it happens.
Both of my older girls are currently living together in Nashville.  Initially, they both called and vented about the other and I listened.  Then I quickly told them what to do to resolve said issue because I know them both so well.  It was exhausting some days and while it was never anything BIG, I just wanted them to get along.  A couple of weeks ago I started actually listening to what they were saying and responding with, “I’m sorry.” Then there was the tiniest bit of silence and they either moved on or told me what they were doing to resolve it.
It was miraculous.
It was similar to that moment when your toddler picks up their toys without being asked for the first time and you think you are rockin’ this whole parenting thing.
Last week they both were out of the house and they called me within minutes of one another.  I answered the second one just to tell them I was already speaking to their sister and would have to call back.  It drives them crazy when I can’t talk because I am already talking to the other one.
Eventually, I spoke to each of them  They both had things that were going on and they proceeded to tell me about their issues.  This time they told me about their life and issues at work/life and immediately followed it up with how they  resolved it, were working on it, etc…
This wasn’t even a venting session.  That had already happened at some other point (without me).  This was literally a phone call to tell me how things were going.  In the past these same issues would have resulted in a full on meltdown and 10 phone calls which left me feeling like they CAN do this whole adulting thing without me.  It was refreshingly strange.
Later that week, I was once again feeling pretty proud of my parenting skills and basking in my own glory  when one of them called and asked me if they could charge something ridiculous to my credit card…
“Um, no.  I already pushed you out of my comfortable nest.  Build your own.”
I’m all tough love and all.  Then I went to bed and woke up at 2am thinking about things like health insurance, wondering if they locked the doors, set their alarm, paid their bills, made that appointment, really anything that I could possibly find in my Rolodex of mom worries. Why?  Why do I do that?
Like I said, the parenting material has changed, but at the end of the day, I’m still their mom.
Sunshine & Sarcasm,
Lowi & G