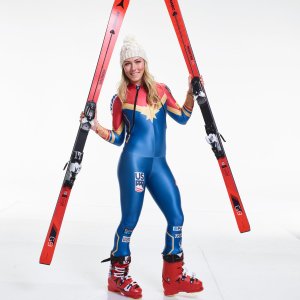 Every couple of years I catch the fever. Relax, peeps, I am not ill. I have Olympics Fever. I watch everything, it doesn’t matter if I don’t understand the scoring, how it works, or if under normal circumstances I would turn the channel. For the next 2 weeks, if you can win a medal competing, and it’s not on at 4 am, you can bet I will be watching.
I love watching people compete who have put their whole heart, their life’s breath into something. I love to see the comeback stories, the hard-luck stories, the underdog-winning stories.
I can’t get enough watching people who are motivated and committed to the point of near obsession. I love it! Maybe it’s because I wonder what that would be like — to be so focused that they will do what it takes — miss parties, miss graduations, go to bed at 9 pm so they can get up at 4 am. The winners are getting glory and it’s earned but everyone who makes it to the Olympics has a story of sacrifice, obstacles, and, at times, heartbreak.
Many will go home empty-handed but they will forevermore be known as an Olympian. I find that to be powerful. We often talk about not being defined by labels and putting people into boxes and while that’s important, I don’t see any harm in being in the Olympian box. It seems like pretty rarefied air and if you find yourself in that pigeon-hole of sorts I think you embrace it. You hang on tight because the ride is wild but for most Olympians that window is only open for a short period of time. But the memories, they will stay with them forever.
And being able to be a proverbial fly from the sidelines, from your TV at home, and witness someone go from relative unknown, who has been killing it every day in the gym, on the ice, on the mountain, in relative obscurity, and now everyone in the world knows their name. And even more exciting, some kid at home who is just learning to ski or snowboard is going to watch Mikaela Shiffrin or Red Gerard and they’ll think, I want to do what they are doing! And they want to do it for the love, not for the glory.
Because, as we know, the glory is fleeting. I think you’d be hard-pressed to find an athlete that’s in it for the cash (OK they aren’t JUST in it for the pay-day). They are in it because they can’t stand the idea of not skating, not skiing, not snowboarding, not being in the snow, not competing. They are less of themselves without it. It’s who they are. It’s how they enter the world. And it’s intoxicating to watch … at least for me. I’ve got the fever. Do you?
Sunshine & Sarcasm,
Lowi & G