I, myself, have been struggling lately to see the good. There are many things I see happening that I am not OK with, that I never thought I’d witness in this country. I have been, as Mr. Rogers said, looking “for the helpers. You will always find people who are helping.” And this week it came together for me.
There are many helping, doing their part in countless, unsung ways every day.

My kind-hearted, sweet, sensitive friend Cassie is one of the much-aligned millennials. She gets a bad rap being mixed in with that generation. She’s a helper. She feels injustice deeply. And she’s about action.

Late last week, she sent out a notice on Facebook asking for those interested to make baked goods for Community Refugee and Immigration Services in Columbus, Ohio. Her mission was “to let our refugee and immigrant friends know that they are welcomed and loved in the Columbus community.”

Not even 30 and this is where her heart is. She’s a helper and she’s doing it with sweetness and honesty.

I couldn’t resist her invitation so I confirmed with her I’d be baking something. While she was earnest in her endeavor, I turned out to be a bit of a hack. I had fully intended on making cookies or other treats from scratch, however, Monday arrived quickly and I didn’t have the time. I, sheepishly, went to the grocery and bought pre-made dough. I did bake the cookies but I can’t go so far as to say it was homemade just home-baked. 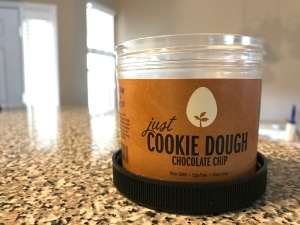 Wonder how she’ll feel now that I’ve outed myself? In my defense, when I delivered my home-baked, hacked cookies I didn’t actually say I had made them from scratch so I didn’t lie.

Another friend of mine, Erika, is easily branded a helper. She’s a frequent flyer in the world of volunteerism and has millions of points racked up by now. She shared on Facebook that her local food pantry was in serious need of breakfast cereal. A friend of mine and I went to Costco over the weekend and we bought some cereal. A few days later I delivered it and the woman running the pantry was also, you guessed it, a helper. She was kind, generous and doing hard work on a Monday night that many will never see, know about or maybe even care. But she is making a difference, most especially for those among us who are on hard times and suffering.

She told me that earlier in the day she’d had to tell families they could only have one box of cereal and it seemed to really haunt her because she followed it up by saying, “We tell kids that breakfast is the most important meal of the day.” And there she and her other helping moms were, with their kids, doing their hidden work, in evening hours for others. Helpers one and all and they are raising helpers who see that reaching out to and supporting your community is important. 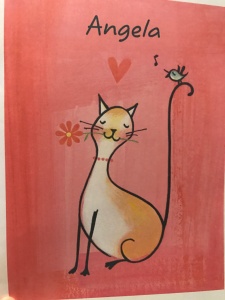 Many of you know, I am not a big Valentine fan. It’s just not my thing. But I got a homemade, personalized Valentine card from a friend this week and it was full of sweetness. It was simple but sincere and the joy that Kari expressed when giving it to me made me feel so happy. She too is a volunteer. She spends her time at Cat Colony helping homeless felines find a loving place to live. She loves these animals almost as much as she loves her own. She has her own challenges and yet never misses a chance to help another.

Now that I look, without distraction, there are helpers all around. And they are the best of us. The sweetest of us. You’ll see it, just tune in.