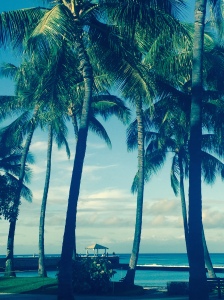 I am always thankful for friends, but sometimes a perfect night just hits at the perfect time. This last weekend was no exception as we went out with one of our favorite couples.

This couple has 3 kids that are roughly the same age as ours. The only differences are that they have two boys in the mix and their middle one is a year younger than our middle one.

Just as our family dynamic has taken a major change in direction this year, so has theirs. In fact, their dynamic is about ready to take another hit as their middle one prepares to take flight.

As moms we often feel as though we are living parallel lives. What we had not stopped to think about was that our husbands were also living similar lives.

This week, my hubby was lamenting that he often feels like he is living on an island. He just works and sends the money to all of the appropriate places without ever a phone call or email from our girls since they have moved out. While there is most definitely some truth to this statement, it’s not how everyone actually feels. If you asked any of them they would tell you that they feel he is an integral part of their lives and while I may get the day to day inquiries about whether to eat the leftover chili, which outfit to wear, or just the details of a date, dad gets the big questions. Don’t get me wrong, we are both consulted about the big stuff. But the really big stuff? They want dad’s approval.

I had shared this with my friend and she said her husband often feels the same way as their boys rarely confide in either of them and their daughter communicates everything through her.  We decided it’s just the phase of life we are all in at the moment.

This weekend while we were out it became abundantly clear that these amazing dads are just trying to find their place and take it all in stride. For example, upon sitting down at the bar my hubby says to the other dad, “so I hear you have a tampon problem in Burma?” Yep, these are the kinds of conversations these dads have to have in order to feel part of their kids’ lives. Now lest you think these are the BIG ISSUES, they also tormented themselves over boyfriends, schools, coaches, academics, taxes, car trouble, graduate schools, boyfriends, grades and did I mention boyfriends?

By the end of the night they realized they are no longer in charge and perhaps they never were, but at least they are on the island together.